When you think of the wine country you probably visualize country roads bordered by rows of grape vines, well stocked tasting rooms with friendly staffs, and of course great Central Coast wines. California’s central coast wine region certainly enjoys those charms, but a few wineries have chosen to make their home within the city and are part of the areas new Urban Wine Trail.

These generally smaller operations have an eclectic cast of owners and winemakers who delight in their no-traditional surroundings. These rebels prove that you don’t need Tuscan architecture, fancy gift emporiums and marble tasting counters to make great wine and offer visitors an excellent wine tasting experience. There are three working wineries within the city limits of San Luis Obispo, and one in the City of Pismo Beach.

Bryan and Martin Friedman own Pismo Beach Winery at 271 Five Cities Drive and bring the “wine country to the beach”. Tucked back behind the Outlet Mall on Five Cities Drive, the brothers and their families offer visitors a cozy tasting room with olive oils, art and gifts along with sharing some very good wines. They produce 1500 cases of Zinfandel, Cabernet Sauvignon, Chardonnay, Barbera and Petite Sirah and are open daily noon to 6 pm.

The newest urban winery is Autry Cellars at 835 Capitolio Way off Broad Street a few blocks west of the Marigold Shopping Center. Steve Autry managed Doc’s Cellars, the local home winemakers shop for a decade where he learned his craft and won lots of fans and some prestigious awards for his wines. In 2006 under urging by other winemakers, Steve went commercial and started making a dozen wines under his own name.

Steve is an artisan winemaker who is passionate about his craft, making only two to five barrels of each variety. (A barrel produces about 25 cases of wine.) He sources fruit from sought after Paso Robles and Edna Valley vineyards and makes Chardonnay, Cabernet Sauvignon, Merlot and Pinot Noir. Steve is also making a name for himself by crafting less popular varietals, including Malbec, Sangiovese, Trempranillo, Cabernet Franc and his flagship wine a rich, balanced Petite Sirah.

Within the warren of his winery Steve’s “wood planks over barrels” tasting bar you will find Steve willing to take the time to talk and share the nuances of his product. He is open for tasting Friday to Sunday 11 to 6pm and is happy to take drop-ins during the week.

A close neighbor of Autry Cellars is Cerro Caliente Cellars at 831 Via Esteban. Don Peters has been in the area for years and has a reputation as an excellent car mechanic. In fact his winery shares the building with his automotive garage. Not only can he rebuild your engine, he can go next door and mix up a great “multi-viscosity red”, a “Garage Sale Syrah“ as well as Pinot Grigio, Merlot, Zinfandel and Cabernet Sauvignon. Don’s winery is the cleanest “garage” you will ever come across and certainly the most unique. Don and his daughter Mitzy welcome visitors Friday to Sunday 11 to 5pm.

Stephen Dooley has been making wine for over 30 years, first in Napa Valley with Louis Martini, then later with Edna Valley Vineyards, and for the last 16 years under his own brand Stephen Ross Cellars. In 2007, Steve moved into his custom designed facility on Suburban Road off South Higuera. Steve makes upwards of 10,000 cases specializing in Pinot Noir and Chardonnay. His wines are found in upscale restaurants and shops around the country and can be sampled at their comfortable tasting room Thursdays to Sundays 11 to 5 pm and by appointment.

Learn more about each winery and see the online map at the San Luis Obispo’s Urban Wine Trail.. 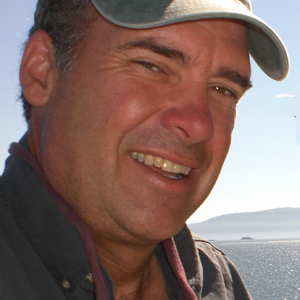 Barrie Cleveland has been writing, studying, tasting, teaching and talking about wine since 1978. He writes about many wine and wine country topics. He especially enjoys communicating about the wine tasting experiences he finds in tasting rooms, wineries and wine regions

With travels to dozens of countries and numerous wine area, Cleveland enjoys interacting with winemakers, grape growers and wine country visitors. As a wine marketing professional he is able to communicate his stories and experiences as well as educate and entertain.

Cleveland is the managing editor for California Winery Advisor.com, a leading independent winery directory, where hundreds of wineries are profiled, reviewed and publicized. Cleveland is also the Founder of Winery Advisor, LLC, a winecountry focused marketing firm helping wineries navigate their online promotion.

Cleveland has a passion for wine, technology and marketing. He has held positions as a retail wine buyer, bottling supervisor, tasting room manager and regional sales director. Cleveland has taught wine appreciation classes, wine sales classes, he has hosted a wine radio show, has been a wine industry guest speaker, has dozens of published wine articles and a new book, Vino Journal, published by Random House.

Cleveland is a member of many California winery associations and trade groups along with having connections with technical and communication organizations. He lives with his family in rural San Luis Obispo where he writes, tastes, and has yet to master the challenges of farming grapes. He has a Geography degree and a Master’s degree in Business Administration.

Cleveland consults with many wineries and wine country businesses with direct to consumer marketing, social media management and online promotions. He can be reached at: Bcleveland@wineryadvisor.com.