Temecula’s Wine Country transformed into the French Quarter recently as Trombone Shorty and his amazing young band - Orleans Avenue - marched into Southern California’s premiere wine vacation destination and brought “da funk” to Thornton Winery’s 23rd Annual Champagne Jazz Concert Series.  A parade of Jazz’s top talent has performed on this very stage for 20+ years, but I bet if you polled each audience member, they’d tell you that this show was a true pinnacle - the best Jazz Concert Series performance in recent memory.  In fact, I’ll go out on a limb and proclaim it’s possibly the best concert Temecula’s Wine Country has ever witnessed.

Thornton Winery’s Jazz Series has become a Jazz “institution” here in Temecula, providing the perfect venue for internationally-known artists such as George Benson, Dave Koz, Boney James, Jeffrey Osbourne, and Herb Albert, just to name a few.  What better way to experience a live show than sitting in an intimate Mediterranean-style terrace full of music lovers?  Add Cafe Champagne’s exquisite dinner menu, the staff’s impeccable service (everyone is treated like a VIP - first class all the way), and Thornton’s renowned wine, and one has the ingredients for a perfect summer evening.

Speaking of wine, after much consideration (it’s tough to decide when there are so many great options!), we selected their 2007 Nebbiolo to pair with our menu selection - the Salmon Oreganata with fresh herb crust on a bed of Baby Spinach, complimented by a seasonal Fruit Salad.  The perfect summertime dinner!  While the Nebbiolo did possess nice, big, concentrated black fruit flavors, it wasn’t too big and rich as to over-power our tender salmon.  On the contrary, its fruit-forwardness, strong structure, and hints of oak & fresh leather worked perfectly with the big-flavored fish.  But no matter how tasty our meal and wine were, the real fireworks were about to begin as the headliners sauntered onto the stage...

Opening with the bright and funky “Hurricane Season” from their 2010 release Backatown, Trombone Shorty (aka Troy Andrews) and his tight, rockin’ band (“Freaky Pete” Murano - guitar, Michael Ballard - bass, Joey “In And Out” Peebles - drums, Dwayne “Big D” Williams - percussion, Tim McFatter - tenor sax, and Dan “Uncle Potato Chip” Oestreicher - baritone sax) started their set with an undeniable groove, laying the groundwork for what was to come all night.  Right off the bat, what struck me was the age of the band - each member must have been  in his early to mid-20s.  Not common when talking Jazz.  Andrews (trombone, trumpet, lead vocals, bandleader) himself is just 24, and has been playing professionally since the age of five.  They may have looked like a young indie jazz fusion band just playing their first gig, but these guys possessed the chops, swagger, and full-on confidence of bands who have been around for decades.  Orleans Avenue is no joke. - that was apparent from the get-go.

The crowd tuned in to this immediately.  From the third song onward, almost the entire audience was up and dancing in their seats.  How could anyone stay seated when this incredible blend of Soul, Trad N.O.-style Jazz, Funk, Rock, R&B, and Hip Hop was demanding that each one of us get our respective groove on?  Andrews’ self-proclaimed “Supafunkrock” is indeed a melting pot of musical genres, all stirred in a tasty ‘Nawlins gumbo full of uplifting, passionate, playful, and party-like tunes.  At their funkiest, Orleans Avenue takes me back to early and mid-1970s Meters, James Brown, and Parliament-Funkadelic.  Think Bootsy Collins slappin’ the bass, Maceo Parker blowin’ his sax, Jimmy Nolen “scratchin’” his guitar chords, and everyone finding that tight, hypntoic groove - everyone on the “ones.”  As Mr. Brown once demanded, “Take me to the bridge!”  Trombone Shorty and his band did just that...and more.

Besides playing both the trumpet and his moniker - the trombone - with equal aplomb, Andrews is also a phenomenally soulful singer, showcased perfectly when he dove into Backatown’s single “Something Beautiful.”  Then he took it up a notch and lead his band through an extended, slowed-down version of Marvin Gaye’s “Let’s Get It On.”  Can you say “INCREDIBLE”?  I’m not gonna say that Shorty’s version surpasses Mr. Gaye’s original in the sexy department, but at its climax (pun intended), Orleans Avenue shook not only Thornton Winery, but all of Temecula’s rolling hills of grapes.  It’s the best rendition of this classic soul song these experienced ears have heard.  Period.

It was at this point that the “Is this Jazz’s new big star?” questions began popping in my head.  I quickly corrected myself - Trombone Shorty is music’s next big star.  At his young age, he’s already transcending Jazz’s styles, sounds, and traditional “look.”  Think Lenny Kravitz with a trombone instead of a guitar - New Orleans instead of Los Angeles - and you get the picture.  We were witnessing something special this warm summer evening - an artist on the rise to potential super-stardom.

Which, turns out, is the the point of this entire evening.  A wine region once thought of as “not worthy” to uphold the reputation that California - in its entirety - has so dutifully earned is now producing exceptional award-winning wines, attracting top level chefs, and booking phenomenal - and vital - musical artists.  If nothing else, tonight’s Trombone Shorty and Orleans Avenue concert at Thornton Winery has proved that Temecula is the place to be. 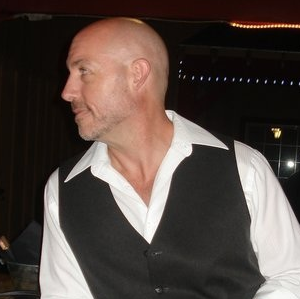 A 15-year veteran of the LA music biz and an alum of both SDSU and LB State, Chris Baptiste is a 2-year Temecula Valley resident with far ranging passions and interests: fine wine, craft-brewed beer, indie rock, sushi, hiking, yoga, war movies, fiction thrillers, Facebook, all sports (especially college football), The Daily Show, West Wing, blackjack, day spas (Glen Ivy!), and his gorgeous girlfriend. But not necessarily in that order. :-) The former Editor-In-Chief for TasteOfTemecula.net, Chris is now the Vice President of TemeculaNightOut.com and DayInTemecula.com.